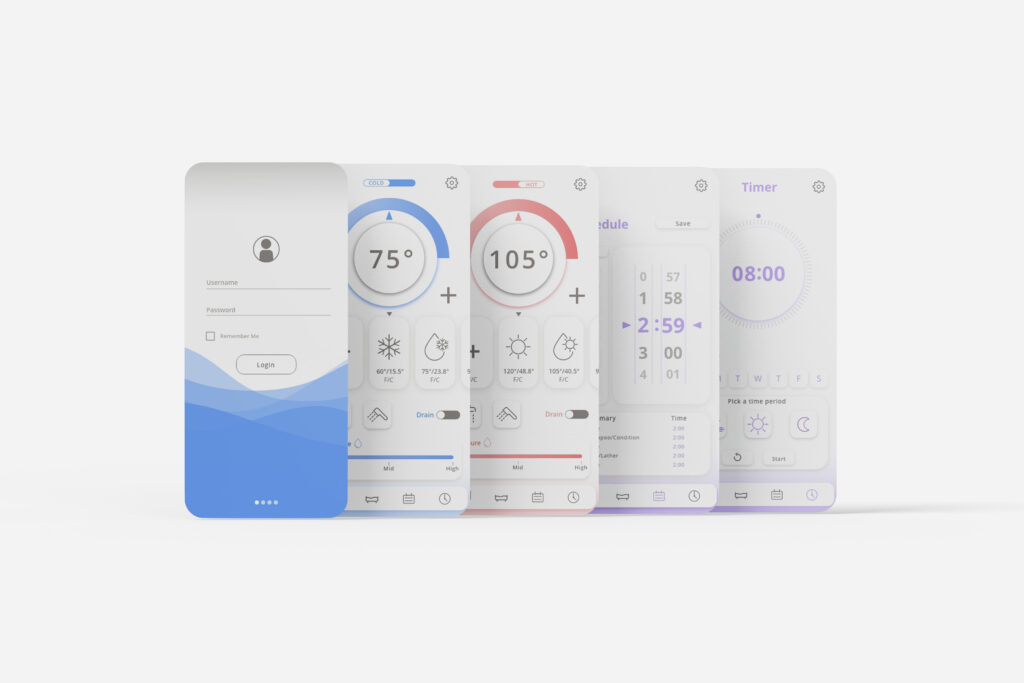 Tasked to design from an analog object, I decided to base my interface off of a shower control. I designed the app with the idea of encouraging water conservation. Drawing inspiration from the temperature knobs and shower faucets, I designed an app with features and functions that control a shower via bluetooth. The interface is enhanced with various buttons controlling both cold and hot showers and a feature that lets users schedule their showers and automate on/off water flow.